Productivity Needs to be a Priority at Australian Universities

Danny Samson, a Professor of Management at Melbourne University, believes universities in Australian can significantly improve on their productivity, including that of their physical assets. Professor Samson believes that the current 24-week university teaching year results in as many as 10,000 tutorial rooms and 100 lecture halls across Australia being used for only “half their working lives”.

Professor Samson suggests that productivity could be increased by 50% and the time taken for a student to complete a degree could be reduced by up to one third if universities were to adopt a trimester system and extended teaching times. Professor Samson also sees the current rigidity of University Enterprise Bargaining Agreements as a source of diminished academic productivity, as they prescribe adherence by the academic to a structure of 40% research, 40% teaching and 20% administration, thereby overlooking individual differences in competencies and performance.

“In many other industries people specialise in what they are best at. But we expect everybody to be a competent and active researcher, teacher and engaged with admin.  We could increase our research productivity and teaching effectiveness if we redesigned our EBAs”, Professor Samson said (Australian Financial Review, 27 February 2018).

Ruthven Inspires Boards with Hopes to Achieve a 20% Return

After more than fifty years as an adviser and data provider to the corporate sector, businessman Phil Ruthven believes that businesses in Australia should avoid being too diversified and focused on hard assets. Having founded IBIS World in 1971, a global business gathering data on business and industries, Mr Ruthven is now establishing the Ruthven Institute whose objective it is to advise public companies how they can achieve a 20 percent return on shareholders’ funds.   No mean feat, according to Ruthven, who says on average Australia’s top 1,000 companies struggle to make 8 percent return on total equity (ROE).

This level of “woeful” performance “was considered acceptable in the 1960s. These days you can earn 8 percent from passive assets”, Ruthven told the Financial Review (Australian Financial Review, 1 March 2018). Through his Institute, Ruthven hopes to “double the number of companies that achieve a 20 percent ROE [and] to reach 50 times the number of clients IBS reaches”.

Australian Universities Twice as Efficient as US Counterparts 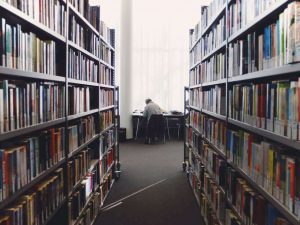 Margaret Gardner, the Vice Chancellor at Monash University and Chairman of Universities Australia, acknowledged during an address to the National Press Club that there was room for more efficiency within Universities, but that “a lot of this would be driven by technology and new buildings which required investment” (Australian Financial Review, 28 February 2018).

Professor Gardner cited a number of steps that had been taken within Australian Universities to improve, including the creation of shared spaces in place of individual offices and automated student selection and enrolement processes.

Professor Gardner also noted that salary increases have reduced from previous awards. Vice Chancellor at Deakin University, Professor Jane den Hollander, believes University EBAs are not over generous in how they pay their academic staff. Professor den Hollander asserts that a typical professor paid $180,000 reflects the fifteen or so years he or she has taken to reach that point and the fact that Australian universities must compete within a global market to attract high quality academic staff.

Click here to find out more information on these topics.

Egan Associates regularly publishes insights and fields questions from the media in our areas of expertise.

Our most recent views can be found here or readers can subscribe to our monthly newsletter, access KMP Reports and download PDF versions of our past newsletters.